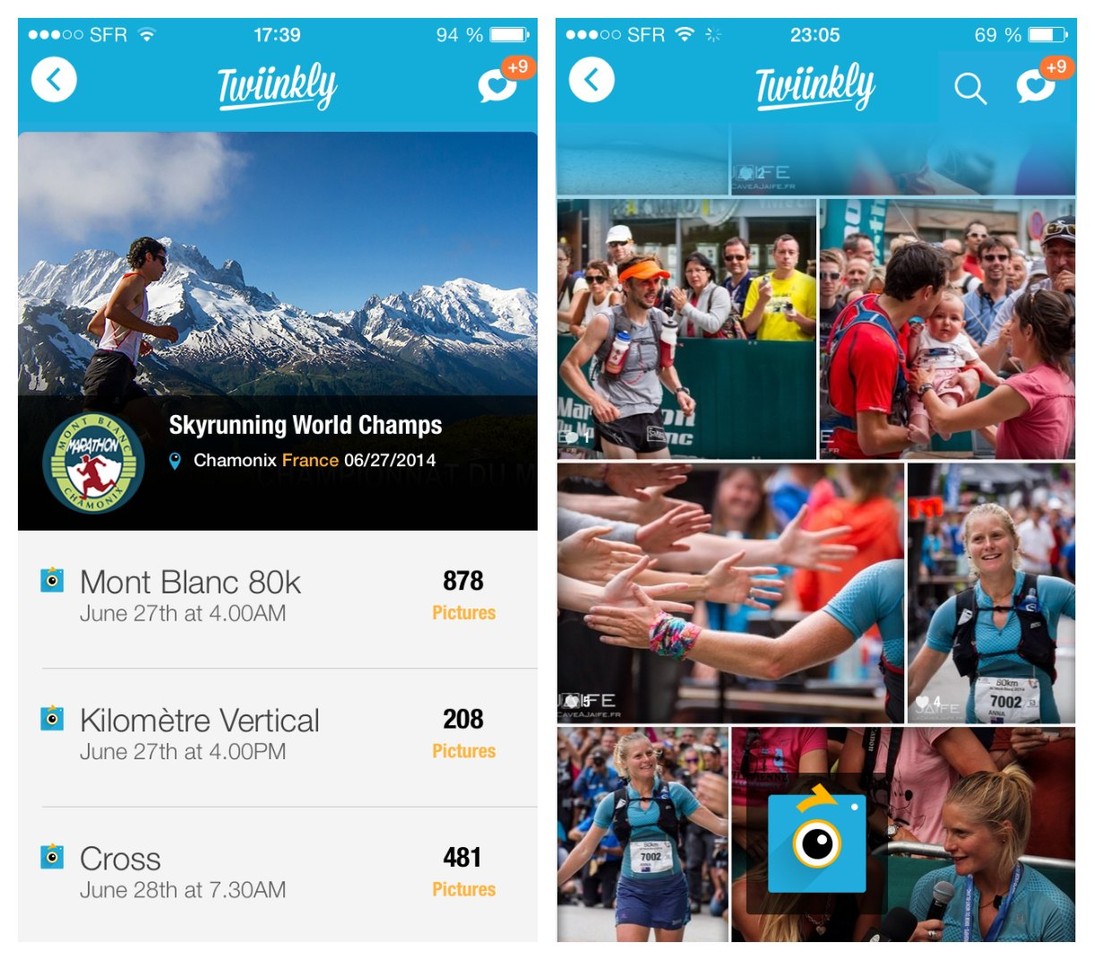 Twiinkly is a new media, like Twitter but with photos. It allows people to share photos during a sport event. All the photo are displayed live on a timeline visible by all users, allowing live coverage of the event.

When and why did you created Twiinkly?

I had the idea of Twiinkly when I raced TransVulcania in mai 2013. So many people took photos of me during the race with their smartphone, it was impressive. But when I looked for them to illustrate my race report, I was never able to find them. In November 2013 I decided to co-create Twiinkly with Christophe Delalande, and soon after Romain Humbert joined us. So we created Twiinkly to be the three musketeers of live photography sharing with this vision : "one for all, all for one".

The main goal of Twiinkly is to allow all spectators to get involved in the race or the event they are watching. Through photos, they share the emotion they are experiencing as the event unfolds. A picture is worth a thousand words, and Twitter only offers 140 characters... It had become obvious for us that Twitter wasn't enough to share beautiful emotions. We created Twiinkly to fill this need.

First we are offering this service for runners, but we will be open to any sporting event in the future. Emotions are everywhere and we want to make this new media available to as many people as possible.

How do you think Twiinkly will grow?

Since the launch of the iOS application in May 2014, we had very positive feedback and constant user growth. We got the confirmation that Twiinkly answers a real need. People who know about it love it, and use it a lot. So Twiinkly will grow as fast as we can inform people about it.

The more people will use the Twiinkly, the better the service will be, so we encourage the Twiinkly community to help us spread the word about the app.

Are you a runner? If yes, road runner, trail runner, both?

Yes ! I run since I was 7 years old. I started with Cross Country and track, until 2006 where I started running in the mountains. I loved it and this is what I do since then. I joined the New Balance Team this year after I finished 4th at the Skyrunning World Ultra Series in 2013.Christophe is a recreational runner with a taste for shorter races to challenge himself, while Romain likes to run... in mud ! Regardless of the level, we all have a lot of fun running :-)

There’s a running “boom” worldwide, especially in tail running. Do you agree, if so, why do you thinks this is happening?

I think the same thing is happening as what did 20 years back. People got tired of track and cross country because of federation regulations and went to run on roads. Now there are regulations on road running, so people move to the trails ! Runners want to be free, so we are always running away from restricting rules :-)

I also believe that the state of minds have changed. It used to be all about the competition and chasing the best times on road running races. With trail running, times become irrelevant. So while a few elite chase the first places, the rest of the filed just want to have an amazing experience in the mountains, and achieve their goal : Finishing. 5 years ago, my friends thought I was an idiot to go out running, now they ask me for advice on how to best prepare their next race ! Running became "cool", and runners are now asking for cool services. Twinkly is right up that alley, mixing photos like Instagram and live sharing like Twitter, but adapted to covering running events.

Anyone can submit their race or running events photos to Twiinkly?

Yes ! Currently, they need to contact us first, but we welcome any race director or running related event to contact us at rd@twiinkly.com to add their event to the Twiinkly application. It is free for all non for profit running events to be on Twiinkly and we charge a very small fee (less than a pair of running shoes!) for the race directors package. The good news is that with this package the race directors can not only cover the cost but most of them are making money with Twiinkly ! Same process with the photographers who are looking for exposure, except it's free.They contact us at photo@twiinkly.com, ideally before they shoot an event. We create the event on the application after we got in touch with the director, and add the photos to the timeline as soon as we receive them.

The app offers free exposure for photographers and revenues for race directors, everyone wins with Twiinkly !

It’s already available to other platforms rather then iOS?

We have made the decision to start with only iOS, to ensure that Twiinkly would be well received by the runners and race directors. We have had the confirmation through a lot of enthusiasm so we have started developing an Android version that will be available in September.

This is a sponsored app?

Christophe, Romain and myself are funding and creating this application ourselves. We are the sole owners of it. 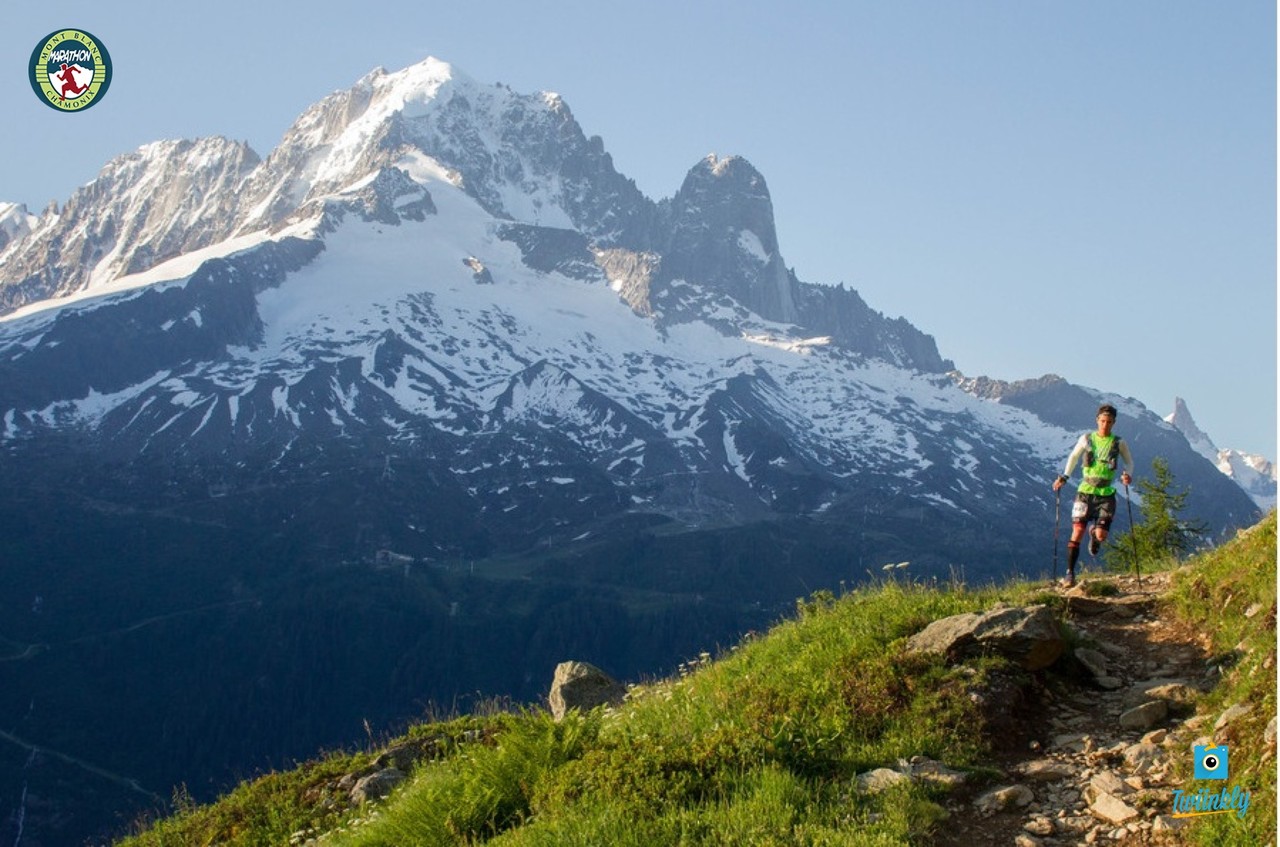 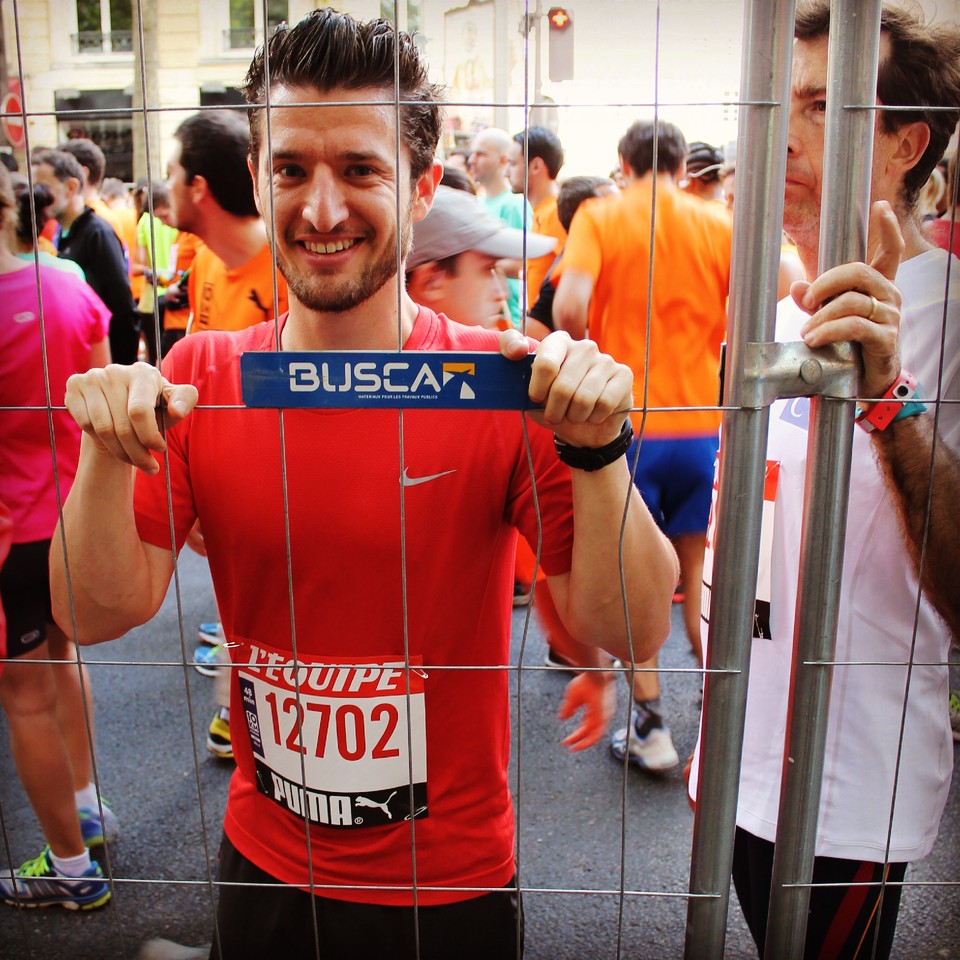 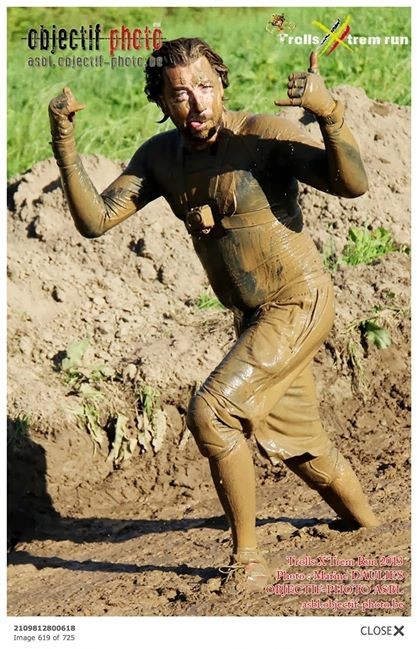